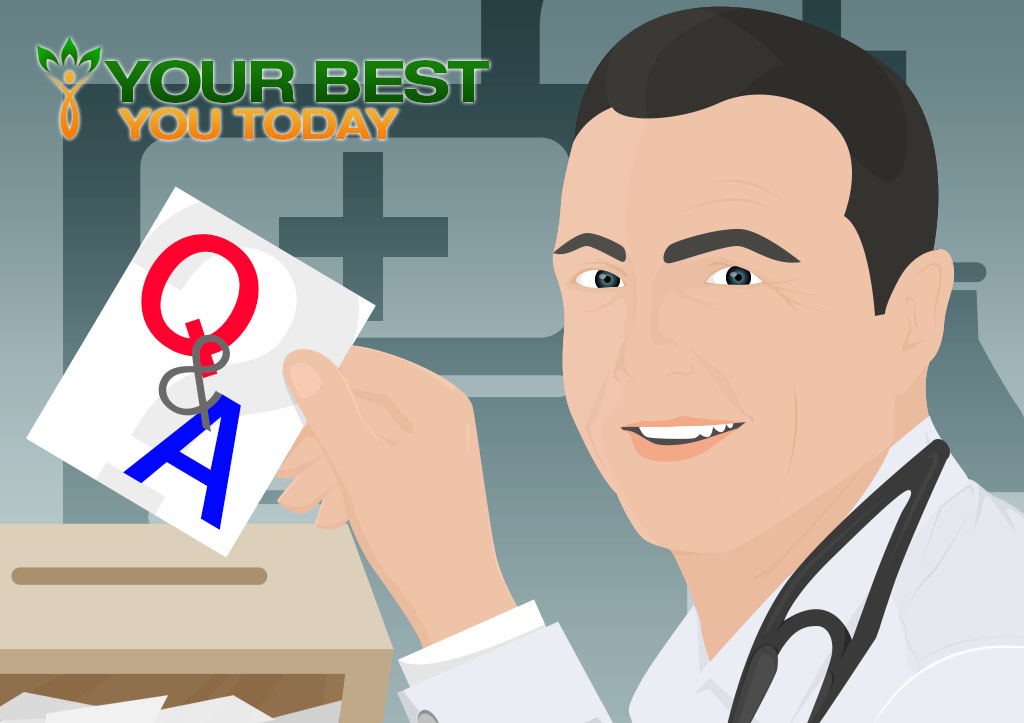 Dr. Kevin: Today I wanted to answer some questions posed by some of our listeners

Rob: Amy S. from Minneapolis, Minnesota asks “What are your thoughts on fluoridation of drinking water? Is it safe – my main concern being the safety of children?”

Dr. Kevin: Water fluoridation is the practice of adding industrial-grade fluoride chemicals to water for the purpose of preventing tooth decay. One of the little known facts about this practice is that the United States fluoridates over 70% of its water supplies, (making over 185 million Americans forced to drink fluoridated water) – it has more people drinking fluoridated water than the rest of the world combined. Most developed nations, including all of Japan and 97% of western Europe, do not fluoridate their water.

In the United States, the Oral Health Division of the Centers Disease Control (CDC) hails fluoridation as one of the “top ten public health achievements of the 20th century.” However, comprehensive data from the World Health Organization reveals that there is no discernible difference in tooth decay between the minority of western nations that fluoridate water, and the majority that do not. In fact, the tooth decay rates in many non-fluoridated countries are now lower than the tooth decay rates in fluoridated ones.

As is becoming increasingly clear, fluoridating water supplies is an outdated, unnecessary, and dangerous relic from a 1950s public health culture that viewed mass distribution of chemicals much differently than scientists do today. The few nations that still fluoridate their water should end the practice. Here’s three reasons why:

Reason #1: Fluoridation Is an Outdated Form of Mass Medication

Unlike all other water treatment processes, fluoridation does not treat the water itself, but the person consuming it. The Food & Drug Administration accepts that fluoride is a drug, not a nutrient, when used to prevent disease. By definition, therefore, fluoridating water is a form of medication. This is why most western European nations have rejected the practice — because, in their view, the public water supply is not an appropriate place to be adding drugs, particularly when fluoride is readily available for individual use in the form of toothpaste.

Reason #2: Fluoridation Is Unnecessary and Ineffective

The most obvious reason to end fluoridation is that it is now known that fluoride’s main benefit comes from topical contact with the teeth, not from ingestion. Even the CDC’s Oral Health Division now acknowledges this. There is simply no need, therefore, to swallow fluoride, whether in the water, toothpaste, or any other form. Also despite early claims that fluoridated water would reduce cavities by 65%, modern large-scale studies show no consistent or meaningful difference in the cavity rates of fluoridated and non-fluoridated areas.

Reason #3: Fluoridation Is Not a Safe Practice

The most important reason to end fluoridation is that it is simply not a safe practice, particularly for those who have health conditions that render them vulnerable to fluoride’s toxic effects.

First, there is no dispute that fluoridation is causing millions of children to develop dental fluorosis, a discoloration of the teeth that is caused by excessive fluoride intake. Scientists from the Centers for Disease Control have even acknowledged that fluoridation is causing “cosmetically objectionable” fluorosis on children’s front teeth–an effect that can cause children embarrassment and anxiety at an age when physical appearance is the single most important predictor of self-esteem.

Second, it is known that fluoridated water caused severe bone disease in dialysis patients up until the late 1970s (prior to dialysis units filtering fluoride). While dialysis units now filter out the fluoride, research shows that current fluoride exposures are still resulting in dangerously high bone fluoride levels in dialysis patients and patients with other advanced forms of kidney disease. It is unethical to compromise the health of some members in a population to obtain a purported benefit for another — particularly in the absence of these vulnerable members’ knowing consent.

And, finally, a growing body of evidence reasonably indicates that fluoridated water, in addition to other sources of daily fluoride exposure, can cause or contribute to a range of serious effects, including arthritis, damage to the developing brain, reduced thyroid function, and possibly osteosarcoma (bone cancer) in adolescent males.

In recent years, communities throughout the United States and Canada have started to reassess the conventional wisdom of fluoridating their water.  Many of these communities, including over 50 since 2010, are reaching the obvious conclusion: when stripped of its endorsements, well-meaning intentions, and PR-praise, fluoridation simply makes no sense.

Europe reached this conclusion a long time ago. It is now time for the U.S., Canada and other English-speaking nations to follow suit.

Also worthy of note is the news that the Ministry of Health in Israel has recently banned fluoride in the drinking water as has Portland, Oregon. Connecticut, South Carolina, and Minnesota are also looking at lifting mandatory fluoridation rulings

Rob: Is there anything our listeners can do if they live in communities that fluoridate their drinking water?

Dr. Kevin: Yes there is Rob. Now, a new study published in Pharmacognosy Magazine titled, “Curcumin attenuates neurotoxicity induced by fluoride: An in vivo evidence,” adds experimental support to the suspicion that fluoride is indeed a brain-damaging substance, also revealing that a natural spice-derived protective agent against the various health effects associated with this compound is available.

To physically remove fluoride from your drinking water you can use distillation, reverse osmosis or an activated alumina defluoridation filter.

Dr. Kevin: What else do you have there Rob?

Rob: Joel V. from Perth, Australia asks “You mention a lot about food in your podcasts but really don’t say much about exercise.  Where does exercise fit into your suggestions for total health?”

Dr. Kevin: Exercise is imperative for maximum health – but I am typically helping people treat chronic disease (for a more comprehensive answer to this question listen to the podcast).

Rob: This from Rem L. from Victoria, British Columbia, Canada – “My question is about my old nemesis, sugar. Do you have some suggestions for getting off sugar? It’s been really hard to get off sugar and any help would be appreciated.”

Rob: Amanda L. from Omaha, Nebraska asks “A friend recently mentioned that antibacterial hand cleaners are not safe. Our family uses them a lot so I am concerned”

Dr. Kevin: What Amanda is speaking about I think is the agent triclosan an antibacterial agent added to many hand cleaners but also to; topical acne medications, bodywashes, cosmetics, kitchenware, clothing and deodorants and as of the recording of this podcast it is added to Colgate Total toothpaste, Breeze Daily Mouthwash; Reach Antibacterial Toothbrushes. Triclosan is a potent antibacterial and antifungal agent otherwise known as 5-chloro-2-(2,4-dichlorophenoxy)phenol.  One might think that it’s a great idea to use an antibacterial/ antifungal agent in soaps, toothpaste and other personal hygiene products but it is not and here’s why.

First of all when we constantly KILL microorganisms we immediately bring into play the issue of microbial resistance – a similar situation now exists with the overuse of antibiotics. Soap just washes microorganisms off of our skin – it doesn’t kill them so no resistance.

Secondly triclosan has been shown to be an endocrine disruptor. A study published in the journal Toxicological Sciences showed a marked reduction in T3 and T4 levels in pubescent male rats.  Other studies have shown that triclosan increases estrogen levels and decreases testosterone levels

Thirdly triclosan can react with the free chlorine in tap water to produce lesser amounts of other compounds, such as 2,4-dichlorophenol. Some of these intermediates convert into dioxins upon exposure to UV radiation (from the sun or other sources). Although only small amounts of dioxins are produced, some dioxins are extremely toxic and are very potent carcinogens.

Fourthly Triclosan’s safety is under review by the FDA and Health Canada.

Three years ago, Colgate-Palmolive responded to safety concerns brought forth by consumer groups by removing triclosan from its soap products. But the company left it in its best-selling toothpaste – WTF?

The Mayo Clinic website says – triclosan is an ingredient added to certain soaps, cosmetics, clothing, cookware, furniture and toys to reduce or prevent bacterial contamination. Recent studies, however, have raised questions about whether triclosan might be hazardous to human health.

Research has shown that triclosan:

When you use a product containing triclosan, you can absorb a small amount through your skin or mouth. A 2008 study, which was designed to assess exposure to triclosan in a representative sample of U.S. children and adults, found triclosan in the urine of nearly 75 percent of those tested.

Triclosan isn’t an essential ingredient in many products.

There currently isn’t enough evidence to recommend avoiding use of products that contain triclosan – WTF? 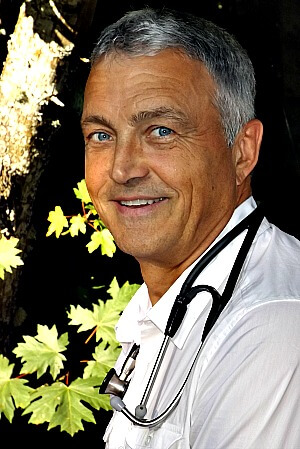